This is an original movie poster intended for display in theatres. It is not a reprint or a bootleg.

V for Vendetta is a 2005 dystopian political thriller film directed by James McTeigue and written by The Wachowski Brothers. It is based on the 1988 DC/Vertigo Comics limited series of the same name by Alan Moore and David Lloyd. The film is set in an alternative future where a neo-fascist regime has subjugated the United Kingdom. Hugo Weaving portrays V, an anarchist freedom fighter who attempts to ignite a revolution through elaborate terrorist acts. Natalie Portman plays Evey, a young, working-class woman caught up in V’s mission, while Stephen Rea portrays the detective leading a desperate quest to stop V.

The film was originally scheduled for release by Warner Bros. on Friday, November 4, 2005, (a day before the 400th Guy Fawkes Night), but was delayed. It opened on March 17, 2006, to positive reviews. Alan Moore, having been dissatisfied with the film adaptations of his other works From Hell (2001) and The League of Extraordinary Gentlemen (2003), declined to watch the film and asked not to be credited or paid royalties.

V for Vendetta has been seen by many political groups as an allegory of oppression by government; libertarians and anarchists have used it to promote their beliefs. David Lloyd stated: “The Guy Fawkes mask has now become a common brand and a convenient placard to use in protest against tyranny – and I’m happy with people using it, it seems quite unique, an icon of popular culture being used this way.”

ONE THAT GOT AWAY 1958 Belgian poster 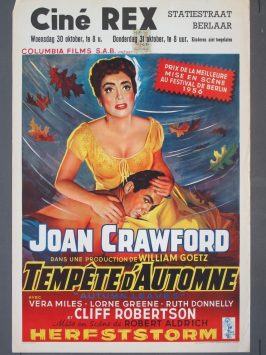 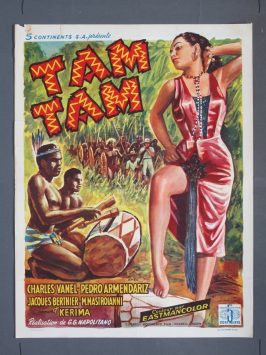 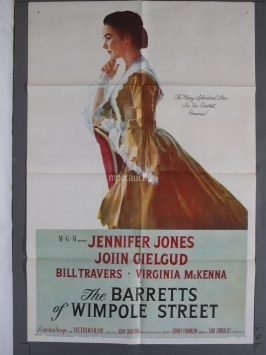 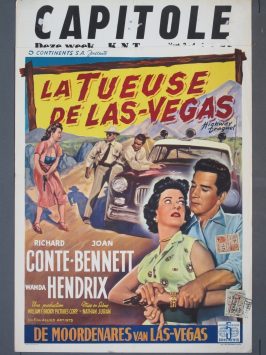 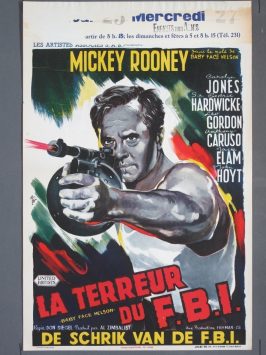 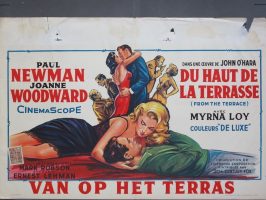 FROM the TERRACE 1960 Belgian poster 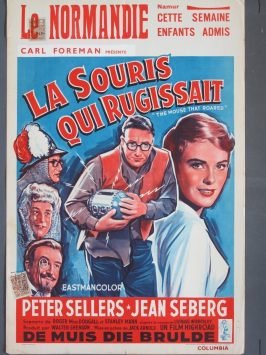